The Promise of the Internet was Decentralized Content. Let's Return to It.

Though we hardly ever call it by name, the “World Wide Web” is fantastic metaphor for what the Internet is meant to be: a vast, interconnected realm free of central government. In the social media era, unfortunately, we have willingly ceded that freedom to our detriment. It is time we reconsider the Faustian bargain we have made.

In the early online days, people largely dwelt in the walled gardens of providers such as Prodigy, CompuServe or that upstart, “America Online” (AOL). The emergence of the Internet took away the power those providers had welded, making the creation and production of content democratized at a level the world had never experienced before.

I remember as a Prodigy user downloading their “pweb” browser and going onto the Web for the first time: suddenly the online world was indescribably bigger. A bit intimidating — could it be dangerous out there? — but also exhilaratingly open to possibilities. Not only could you find far more information this way, but you could be, in today’s parlance, “a creator,” too. 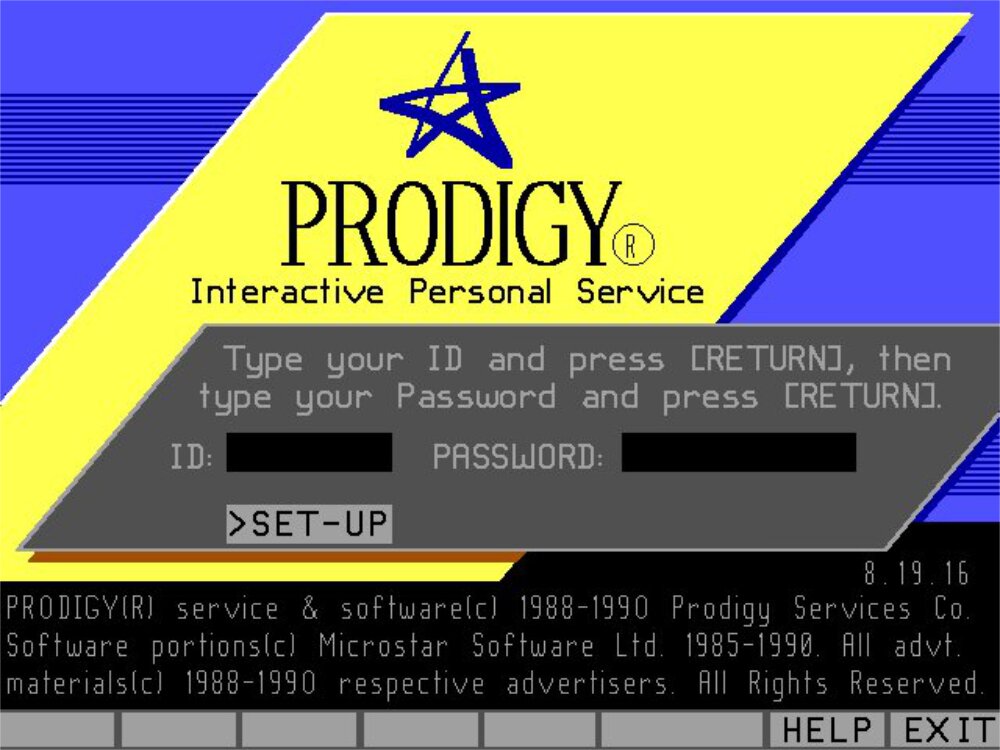 An early online service was exciting, but only showed what the provider wanted to show.

Within months of signing onto the web, I started teaching myself how to build web sites. Suddenly, one did not have to be a huge corporation to have a presence online. Anyone could be a real part of the conversation.

Blogs pushed that further, making it dead simple not just to post something, but to regularly update “posts.” Some of the blogosphere’s content was as ephemeral in significance as the average tweet today, but it also gave rise to citizen journalism that brought about significant reckoning on scandals and corruption that previously would have been ignored.

Somewhere between the memes-before-they-were-called-memes and history book worthy points were a lot of simply good blogs. I followed blogs of friends and made quite a few new friends amongst early bloggers. We all crossed back and forth through “blogrolls” — lists of links of blogs each blogger read — giving and getting comments while gleaning knowledge as many of us posted eclectically. We were drawn together by common interests but benefitted from our differences.

Blogs gave me things to chew on about food, rethink on politics and explore on theology. No algorithm told me what to read — I had my list of blogs and an early service that lit up the links when a new post went up. I actually saw things I wanted to see and things that I could learn from.

Then came the social media revolution. Facebook offered a lot of what people liked about blogs, but made it even easier to discover friends and to follow them. Most of the bloggers I enjoyed following slowly retired their blogs as they posted to Facebook instead. My blog collected dust too.

The cost of admission for the One, Centralized Clearinghouse was not as clear as it seemed when Facebook was a scrappy upstart. Doctor Faustus traded his soul for a passing moment of power and in some sense, we’ve struck up a bargain that is, if not soul destroying, at least soul corrosive.

Remember when going on Facebook was exciting and — generally — a happy experience?

Yes, you can share essentially the same things on Facebook as on a blog, but will the algorithm even deem it worthy of showing to others? Ask yourself: how do you feel about what your newsfeed shows you these days?

The algorithms that social platforms use generally select a combination of the content that most validates our own opinions, creating ideological echo chambers heretofore unimaginable in normal society, alongside the posts most likely to anger us.

I am far more likely to see far Left or Right garbage than I am my cousin’s latest beautiful cake. Why? Data suggests outrage will keep us coming back more than our family’s latest confectionary masterpieces. Facebook doesn’t care if what it shows is helpful, it just cares if what I see inclines me to use it more.

The very design of social media’s display mechanisms today create the polarized “us” versus “them” almost everyone seems to hate, yet almost all of us willing play into.

Recently, the social platforms have started “fact checking” to try to demonstrate their virtuousness in this spread of vitriol and misinformation. That only worsens the gatekeeper powers they weld. Not only do they start by choosing to push us towards the most unsavory content our “friends” or “followers” post, now they choose which unsavory content they validate as “true.” (And perhaps reap the benefits as new outrage is sparked over their censorship.)

Feeding us this toxic stew intended to turn us into online Hulks isn’t enough of a toll, either. In exchange for this “service,” we’ve become an army of unpaid content generators, cranking out tweets and posts and photos for our preferred platforms.

Where once we built our own sites in a decentralized blogosphere, now we fatten ourselves up in service of the social media slaughterhouse. Our keepers seek not just to control what we see, but to make us the product for their real customers — advertisers — tracking us far beyond their own services to a breathtaking extent beyond even most dystopian novels.

Is it too late to return to the promise of a better, more decentralized Internet? Not yet, if we take a stand by returning to the blogosphere. Seriously. Anyone who can navigate posting and commenting on Twitter or Facebook, can post to a blog and do so for free with blog hosts like WordPress.com.

Or take it a step further: don’t just trade Facebook for WordPress.com; a few minutes and a few bucks a month grants you true ownership of your own content.

Over the pandemic, I’ve done just what I describe. I revived my blog and my esteemed Associate Editor, Jason Kettinger, and I opened Open for Business back up for business.

My blog had tumbleweeds on it between times I thought of something that felt profound enough to be “upgraded” from a Facebook status update or a tweet; if you really wanted to see my activity online, you needed to look to the socials. Now, whether it’s a meme, linking to a sermon I preached or a quick take on an article I’ve read, I’m trying to post first to my blog.

My blog from the days when the early blogosphere was still booming.

I’m largely expending the same effort I already was, but now it is on my site, not Facebook’s. I feel more creative, because I have more creative control over how it is displayed and — this is crucial — I know it won’t vanish at the arbitrary whims of a tech titan.

Still share stuff on social media, but do so by sharing links to your blog. Rather than sharing a long status or tweet thread, put that on your blog and share the post. It is an easy habit that starts to wrest control back so we can return to the Internet’s promise.

Then, go further. Add a list of links to your favorite blogs on your blog — a blogroll. Comment on your friends’ blogs directly, rather than on the social media shares of their posts. That’s how decentralized community returns.

You can even start to move away from dependence on the infamous newsfeed by using one of the many RSS readers available. I’m partial to the one I wrote — FaithTree.com — which you can use entirely for free to easily follow your favorite blogs and news sites, including OFB.

An RSS reader gives you the opportunity to have a newsfeed that shows what you want — not what some dubious algorithm chooses. My daily pursual of my RSS reader gives me far more of the content I want — and from a diversity of voices that actually inform and grow my opinions — than I ever get on Facebook or Twitter.

It is time we took back control. A healthier Internet need not be free of social media, but it must have far more decentralized interaction from us, so social providers have to actually compete for our attention. The blogosphere offers the path to that better Internet.

And, in the meantime, freed from bondage to rage-inducing algorithms, the process will likely keep your blood pressure more in check, too.

Timothy R. Butler is Editor-in-Chief of Open for Business. He also serves as a pastor at Little Hills Church and FaithTree Christian Fellowship.