Though it’s not true all over the country, here in southeastern Ohio we are enjoying an early spring. As I write this, the forecast for today, Wednesday, has a high of 63 degrees, with plenty of recent days having reached 70 and above. A year ago today it only got to 46 degrees here.

We’ve most all of us noticed and enjoyed the warmth, and so have the plants and animals with whom we share space. The crocuses, always the first to bloom, were in full show in March, followed more closely than usual by the daffodils and other spring flowers. Many of us will have had to mow the lawn, maybe even twice, before April is over.

Unfortunately, the horrible plants foisted off on us by our dimwitted, not to say malevolent, government are taking advantage of the nice weather, too. Chief among them is the awful multiflora rose (pictured above) , which the U.S. Department of Agriculture’s Soil Conservation Service in the mid-20th century encouraged farmers and others to plant , calling them “living fences.” They had been around the U.S. for a while, but the government pushed them on an industrial scale. 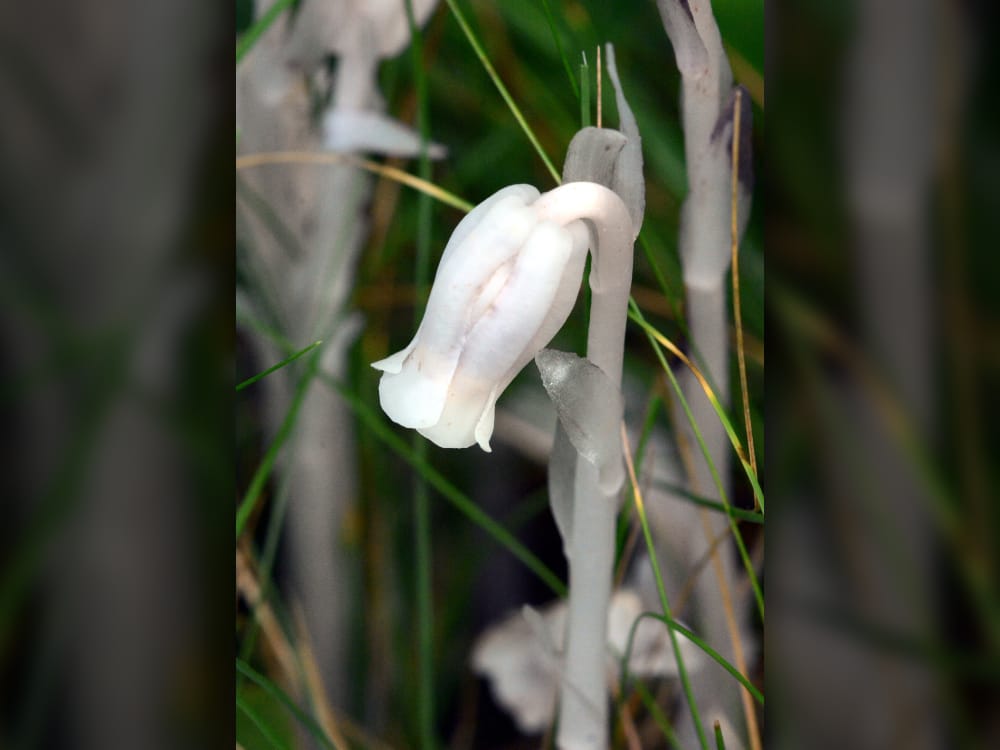 If you’re very lucky, you might see an Indian pipe plant or ghost plant. These appear and disappear quickly. What’s especially ineresting about them is that they’re among the few non-fungi plants that don’t have chlorophyll. (Credit: Dennis E. Powell)

As we emerge from the dual scourges of winter and pandemic, it’s a great time to get out into the woods, to enjoy the reemergence of the things that grow wild around here. And now is an especially good time to do it, before this year’s multiflora advance gets too much farther along. 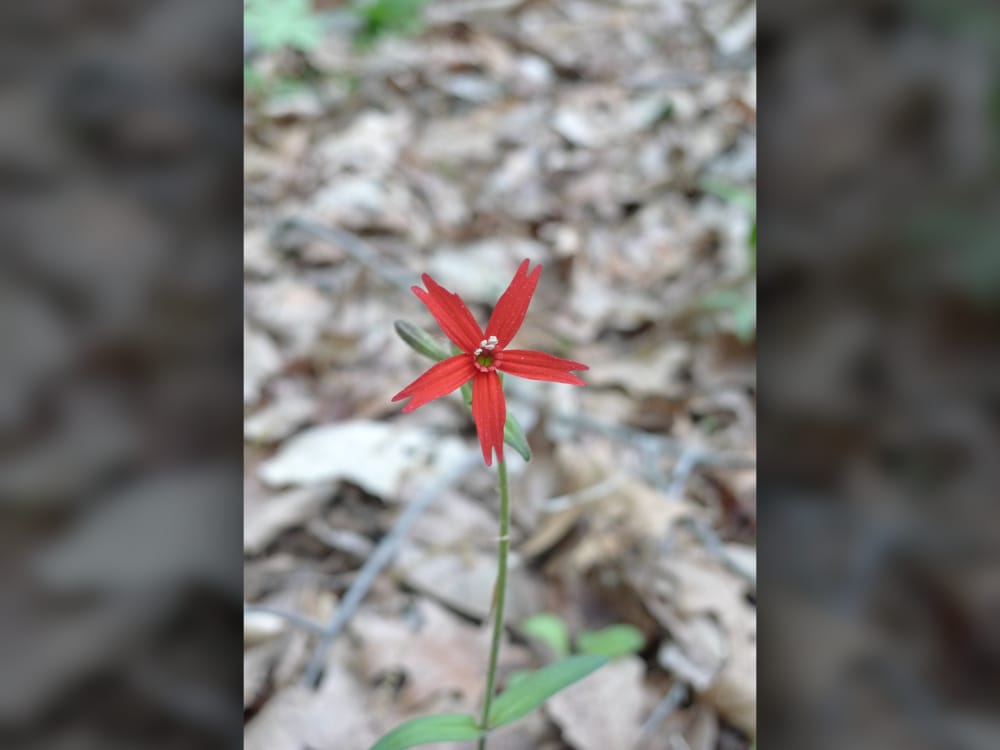 This is the common and georgeous fire pink. It’s small — a little over an inch across — but worth noticing. (Credit: Dennis E. Powell)

In most non-city parts of the country, and especially around here, with our abundance of woodland parks and nature preserves, it is possible for almost anyone to go exploring in the woods. A lot of people go stomping around, though, and waste much of the experience. Their eyes are forward, looking neither right nor left nor, especially, up or down, and as a result they miss … everything.

There’s far more enjoyment, in my estimation, in going for quality rather than quantity, complete exploration of a small area than seeing how fast and far you can go. Visiting nature is rewarding when a little thought is put into it. 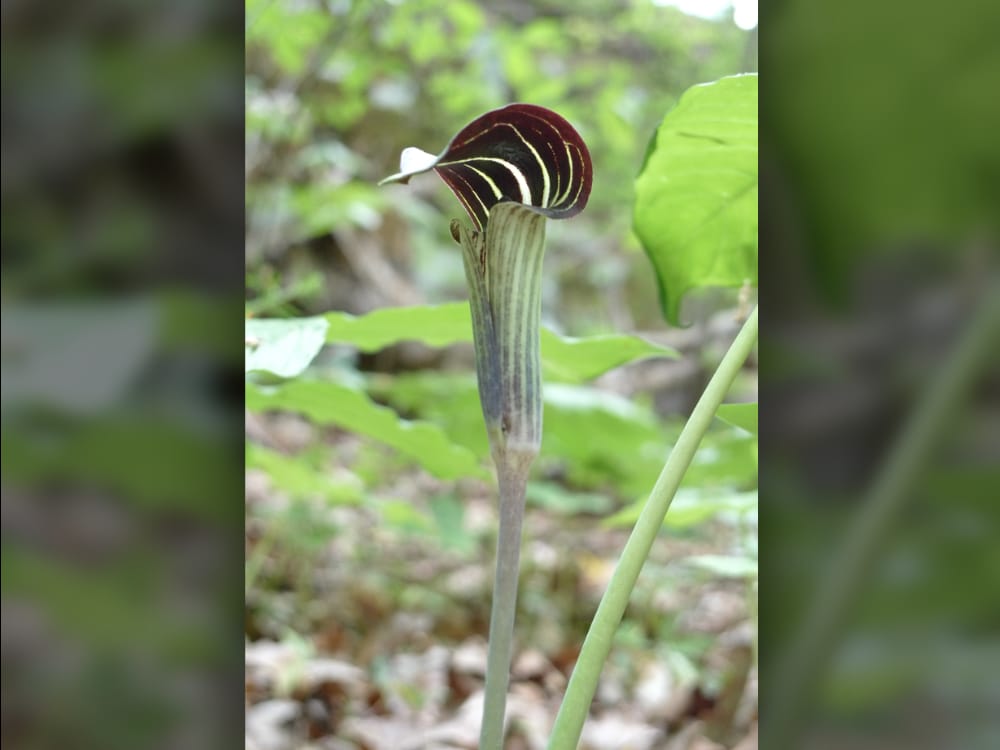 If you stay low to the ground in local woodlands, you may be treated to the lovely Jack-in-the-pulpit. (Credit: Dennis E. Powell)

It is a way to develop the important skill of observation. Most of the plants and animals in our woods are not found at eye level. They’re high in the trees or down on the ground. Wearing old clothes and getting down and crawling around will lead you to fascinating discoveries. Binoculars have their use, but a magnifying glass is even better.

If you take a little time, even a couple of hours, and head for a quiet piece of woods — there are even places on campus where you can do this — and truly explore, you’ll be surprised. Here are some pictures that make the point better than words can.

It’s good for the body, sure, but for the mind and soul as well.

Tags: the view from mudsock heights, spring, flowers
Article Path: Home: Culture: Spring is Loveliest When You Hit the Woods and Crawl Around a Little