The View from Mudsock Heights: The End of a Photographic Era Brings Sadness and Memories

When the word came, it was like news that an old friend had died, albeit an old friend I hadn’t seen for years. A small camera shop in Kansas the last Thursday in 2010 turned off the last machine in the world capable of processing Kodachrome film. The best color film ever made is now gone, probably forever, a victim of the digital revolution.

It is the only photographic product that was the subject — indeed, the title — of a hit song: Paul Simon’s “Kodachrome” reached number 2 on the pop chart in 1973.

Even if you don’t make photographs, Kodachrome has probably had an effect on your life. For decades, it was the film of choice for professional and advanced amateur photographers. Open just about any copy of the National Geographic published between the end of World War II and, say, 2000 and there, in tiny letters at the bottom of almost any picture, will be the word “Kodachrome.”

There have been many color transparency — slide — films made over the years, by many manufacturers, most of them now gone. But none equaled Kodachrome in sharpness and fidelity of color. It was the standard, if you were up to it. 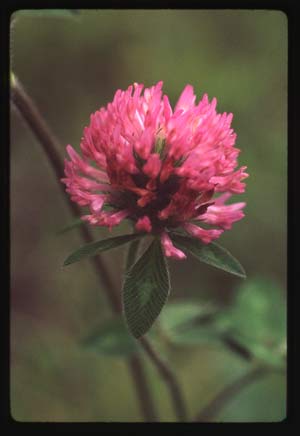 It was also difficult to develop. Most other slide films could be processed at home or in the newspaper’s darkroom, though it was never easy. Kodachrome could be developed only by sending it to Kodak or to one of the few independent labs licensed by Kodak. Indeed, until 1954 the price of a roll of Kodachrome included processing. In 1954, a court ruled this illegal, so after that you could pay for processing separately if you wanted.

It was slow, which is to say its light sensitivity was low. The original Kodachrome introduced in 1935 was ASA (now ISO) 10. This meant that a picture taken outdoors on a sunny day would be exposed at 1/10 second at f16. (Of course, that was also 1/20 at f11 or a more hand-holdable 1/40 at f8 or 1/80 at f5.6.) This was the era when photography was more deliberative than it is today — fewer pictures were taken but they were, on average, better because more thought went into each one.

In 1961, Kodak introduced “Kodachrome II,” in the minds of many (including me) the best Kodachrome, therefore the best color film, ever. It was still tricky to use, but its color rendition, sharpness, and general goodness was unsurpassed before or since. There was also something called Kodachrome-X, which at ASA 64 was faster, but I don’t know anyone who ever bothered with it. And when Kodachrome II was replaced by Kodachrome 25 in 1974, we all rushed out to buy as much as we could afford of the old stuff, to put in the freezer for use until we were sure the new stuff was okay. It was.

The passing of Kodachrome would be of mild interest if something better had come along to replace it, but the fact is that nothing has. Today’s digital photography has this advantage, and this alone: it is convenient. The pictures are nowhere near as good as those made by a competent photographer shooting Kodachrome. Nor can those pictures be made as good. In addition to issues of sharpness, modern digital photographs are lacking in what is called “dynamic range.” This is the difference between the brightest highlights and the deepest shadows that can be captured in a picture before they turn solid white or solid black. Look at some of your own pictures and you might see what I mean. Kodachrome had a lot broader dynamic range than any digital camera made today. Someday digital will catch up, but not yet.

(Some digital cameras offer a “high dynamic range” option, in which the tripod-mounted camera makes three or more exposures which are then combined in the computer to make something almost as good as a film image. But c’mon.)

This is not to complain. The best photographers have always followed Teddy Roosevelt’s advice to “do what you can with what you have where you are.” The loss of Kodachrome ranks low on the world’s list of ills.

But it will be missed. There was a certain wonderful feeling in heading out on an assignment or just on a nice day, with the gadget bag full of cameras and lenses and bright yellow-and-red Kodachrome boxes. It was matched only by the arrival of the package containing the yellow boxes of processed and mounted slides, and the excitement of seeing if they were as one hoped and remembered.

Now it is gone. Mama didn’t take our Kodachrome away; Eastman Kodak Company and the changing marketplace did.

Tags: the view from mudsock heights
Also Filed Under: Home: Technology: The View from Mudsock Heights: The End of a Photographic Era Brings Sadness and Memories