The View from Mudsock Heights: The Cinnamon and Sniffles Season Has Finally Arrived

We’ve entered the time of year when things are different from how they look. As the skies and the woods and the yards turn to gray and brown, the things that stimulate our other senses grow stronger.

That’s especially so out here in the country.

Step outside on a still, cloudy morning and the sensations are overwhelming: the woodsmoke in the air arrives at the same moment as does the morning crispness, as palpable as the first bite of a Granny Smith. Take a few steps and you’ll hear the crackle and crunch of the leaves. (I don’t think anyone can clear away all the leaves, though it could be that those of such fastidious habits choose not to have me as a friend, which is entirely understandable.) The grass, where there is some, may well be covered with frost — the windshield, too, which brings another sensory delight. The sound of the frost getting scraped away and the brief, icy prickle when little bits of it fall on bare skin are at least the first time or two around delightful.

That’s before you even get into the car.

We’re moving into the season of early nightfall and houses that are warmer on the inside than on the outside. The cinnamon-and-sniffles season is upon us.

Think upon it: this is the time of year when our houses smell best. This is when you can come inside and smell stew or chili, pies baking, hot cider with cinnamon — I believe, in fact, that cinnamon ought to be the official spice of autumn and winter.

It’s when stores and eateries begin to smell good again, too. Aromas that are offputting in air conditioning and warm weather are somehow just right when the cold weather comes. 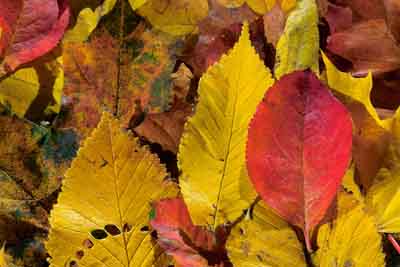 There is a tradition hereabouts that differs somewhat from a similar tradition at my childhood home several hundred miles west of here. When and where I was growing up, bonfires were done in the autumn, when the air was chilly and one’s breath could be seen. You may have noticed about a bonfire that its heat radiates for what sometimes seems hundreds of feet; it does so all the more when it’s cold outside. But here, people have their big fires on the hottest of summer days. I do not know why this is done. It makes no sense to me. But I have no particular opinion of this, unless the fire is upwind of me. If you’re planning a bonfire, though, I offer the suggestion that you’ll probably enjoy it more in cold weather than in hot weather.

Leaves do get burned around here, which of course must be done in the autumn unless one is conducting a forest fire. I’ve never really understood this, either. Leaves are good compost, good mulch. Why burn them? (My general yard rules — yes, I have some, though you’d not discover this by looking at my yard — include bagging and composting all the clippings except for the last mowing of the year, which I do after most of the leaves are down. The mower chops ‘em up, and they nicely mulch and protect the grass through the winter, and feed it in the spring. This is especially effective when one cultivates dandelions, something I pretend to do on purpose because I wouldn’t want people to think I’m so good at it without any effort.)

Yet the rise of smoke from piles of burning leaves across the valley, and the scent of it, are among the pleasures of even a foliage-free season.

But now it’s starting to get even better. One of the most endearing aspects of Americans, and especially the subspecies of American found around here is this: when we have holidays that involve feasting, we like to practice a few times before the big day. This means that from now until the end of the year there will be al kinds of pies and cakes and cookies being made. These are usually tasty but they always smell good.

Busy kitchens in the autumn take on a whole new life. Coming in from the gray and chill, they are sudden bursts of light and life, warm and moist when the outdoors is cold and dry. You know you’re in the season when you come inside through the kitchen door and your glasses steam up.

(I’ve always wondered, but there being no international court of vegetarianism I have no one to ask: do vegetarians get to enjoy the scent of cooking bacon and the strong perfume of fried chicken? I hope so.)

Anyway, the season is just about here, the six weeks of delectable goodies, the holidays and the rehearsals for the holidays, and the parties that aren’t quite on the holidays so that we can celebrate them twice.

Those things are enjoyable anywhere, but they’re at their best in the country, at the gatherings of people drawn together geographically or through their churches or organizations.

They make what are at first glance the grayest of days actually the most colorful days of all.

Also Filed Under: Home: Culture: The View from Mudsock Heights: The Cinnamon and Sniffles Season Has Finally Arrived
Please enter your comment entry below. Press 'Preview' to see how it will look.