Descending from the Liberal Arts

Paradoxes abound in life. According to Plato, the ideal ruler is one that does not want to rule. According to Jesus, the one who does not value his own life is the one who gets to keep it (Mt. 10:39). It is in a similar vein that if one wishes to know the particulars one must know general knowledge, and to know the general things, one must know the particulars of the “branches of knowledge.” This truth makes it disturbing that our society seems to be ever more hostile to the study of the liberal arts as it seeks after only “useful” knowledge.

According to John Henry Cardinal Newman, for knowledge to become “real” knowledge it must “rise to general ideas.” This is a key ingredient to the goal that the educated person needs to know – and will know – where his or her field “stands” as compared to all of the others. For example, to understand literature properly, it quickly becomes clear that one must understand world history, socio-economic conditions, religion, philosophy and numerous other fields of study. Without the broad base of understanding provided by the liberal arts, the particulars of literature are far less likely to have their full impact.

That may be all well and good, but literature itself is a liberal art, and so if my argument ended here, one might question the point. Furthermore, many may object to the idea that, for example, a medical doctor needs to know much about Shakespeare or David Hume or even Christopher Columbus. Why waste the soon-to-be doctor’s time on such trivialities? But consider someone of another very “practical” field: business. A businessperson is surely helped by a keen understanding of the great fields of knowledge, for even if he or she is quite good at the field of a given business, that person will seem, to use Newman’s phrase, “brutish” to clients if business itself is the entirety of the person’s knowledge. Or what of the aspiring politician – would not a thorough understanding of philosophy and economics help ground him or her in reality rather than lofty yet ultimately hopeless rhetoric? More than mere grounding, the old education we are slowly destroying fought against the dehumanizing, specializing, assembly line-like methodology we apply to people and their training in almost every sector today. 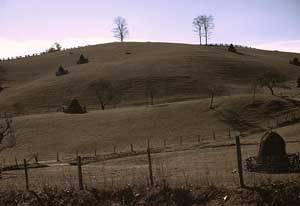 In the Victorian Thomas Carlyle’s Sartor Resartus, the good Dr. Teufelsdrockh uses the ability to see the “big picture” – seeing as if “from a height,” to borrow Newman’s term – to finally pull himself out of his depressed condition. It is only when he can associate the particulars of his locale – such as smoke rising from chimneys in houses off in the distance – with the general principle of any orderly universe that he is able to start his recovery. What if Teufelsdrockh had been educated solely as a chemist? Perhaps he would have only been able to see carbon atoms floating out into oblivion, but as a philosopher, he was able to associate it with something much more important: to the meaning of his life. So much is missed today because people only see the molecule and not the orderly and peaceful smoke.

That scenario rings true. Indeed, Carlyle’s fellow Victorian and philosopher John Stuart Mill escaped the pit of depression by means of poetry. Not everyone can be cured by poetry, but I wonder if maybe such things are more practical than we give them credit for. In an age of depression and despair, could it not be that part of that hopelessness comes from the fact that few, if any, aspire to see from a height? Poetry, philosophy, art – these things sought to capture the universals of the human experience, of the yearnings and desires of the soul, in a form others could relate to and be encouraged by. Today we often feel isolated because we reject those God granted gifts that help us to see the common struggles and joys of life. For millennia they have provided a way of connecting different realms of knowledge, grounding us, and inspiring us. They allow us to escape blindness in specifics and understand more important general principles. They are not just for the few that seek to study them for years, but for every single person. What replaces those things today? Can we say Survivor or Desperate Housewives fulfill those lofty purposes?

It is the ability to see things from a height – to see the general principles behind the concrete examples – that allow real knowledge and understanding. Clearly, it is worth the climb from the lowlands of particulars to the peak of generalities to reach such knowledge. Starting by taking a few minutes to read one of Shakespeare’s sonnets or muse over one of Aquinas’s pithy, yet accessible philosophical arguments is certainly a good place to start. As unproductive as many may think those works, maybe just maybe, paradoxically, they will prove very productive indeed.

I tend to agree with you; only hitch is that though Survivor or Desperate Housewives are really no substitutes for Sartor Resartus, yet they may be the only discourse which might reach or even, unfortunately,have any meaning for the masses…literature, I am afraid, is elitist and thus on its way out…Ray Bradbury can jolly well wail their demise in F. 451.
I have another blog at www.rhapsodysinger.instablogs.com