Episode 32: Wrapping Up the Fall

The boys revisit a number of topics from the last few episodes, including baseball, the midterm elections and Taylor Swift’s Midnights (looking at the 3 a.m. edition). They also look at the “Respect for Marriage Act” and find encouragement in Romans 14.

One Last Fall Glance At Baseball

There were some well earned award for our Cardinals players and Tim and Jason make sure to muse on them as the baseball season fades in the rearview mirror.

The Boys muse on what happened in the November elections and what that portends for the future.

Love playing word games? Try Anagramle — it’s a twist on anagram games, taking the letters from a Bible word and trying to find the best scoring mix of words to form from it.

Swift’s latest album almost immediately grew by 7 tracks after release. What did the Zippy Crew think of the expanded 20 track release?

Get the weather before you travel this Christmas season by going to FaithTree.com WeatherDesk. Please join us in making the Internet a better place, by using this ad-free alternative to many weather sites.

The boys turn to Romans 14, where Paul encourages us to think about others before ourselves.

Have comments? Questions? Need prayer? The boys would love to hear from you, so give us a shout at zippy@ofb.biz!

You can stay up-to-date with future episodes by subscribing to us on your favorite podcasting app:

We will be on more of podcasting directories soon. In the mean time subscribe in your favorite podcasting app using our Podcast RSS feed. 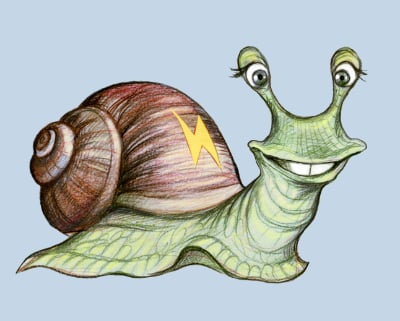 Zippy the Wonder Snail is a podcast zipping through the news and culture that impacts you, co-hosted by Timothy R. Butler and Jason Kettinger.

Never Miss Another Article from Zippy the Wonder Snail.